Why Is There No Cure for Tinnitus? 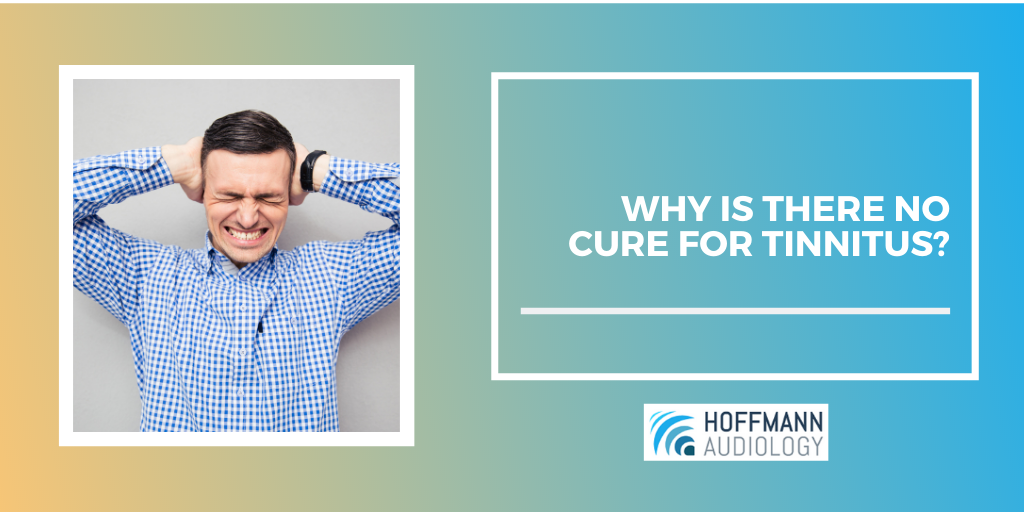 Tinnitus is characterized by sounds heard in the ears or perceived in the head that is not coming from the environment. For many people, it is a low-level noise that they can ignore and or is only noticed during very quiet moments such as at bedtime. However, it can prove to be bothersome for some individuals, impacting their quality of life, causing communication problems, concentration difficulties, sleep disturbance, anxiety, irritability, and depression. Non-bothersome chronic tinnitus does not require any treatment, but if your tinnitus is bothersome or debilitating, consult your audiologist. There is currently no cure for tinnitus, but it can be effectively managed with hearing aids, behavioral therapy and/or sound therapy depending on the individual.

The Reason Why There Is No Cure for Tinnitus

Tinnitus is not a condition but a symptom. Persistent or constant tinnitus usually indicates damage to the peripheral auditory system. The damage can be caused by noise exposure, ototoxic medications, or the existence of other health conditions. The damage results in instability of the sensorineural auditory pathway which produces a phantom signal that the brain interprets as sound. If the underlying medical condition that is causing the tinnitus is treated, such as removal of impacting earwax, the tinnitus could go away completely. But many times, the damage to the auditory system is permanent and irreversible, such as with excessive noise exposure, and therefore the tinnitus persists.

Your audiologist will perform a thorough case history, an audiological exam, and tinnitus assessment to determine the best course of action to help mitigate the effects of the tinnitus.

Does Tinnitus Ever Go Away?

Tinnitus that occur spontaneously and goes away after a few seconds is actually a normal phenomenon. For some people, tinnitus is temporary and is associated with a specific event. With temporary tinnitus it disappears once the underlying cause, such as ear infection or earwax impaction, is treated. However, for others, it can be permanent such as with excessive noise exposure. Individuals with constant bothersome tinnitus can get relief through various therapies. Cognitive behavioral therapy is aimed at helping you develop a new and more resilient relationship with your thoughts and emotions to reduce the distress caused by the tinnitus. Sound-based therapies involve training your brain to ignore the tinnitus, making it less bothersome.

Will a Cure for Tinnitus Ever Be Found?

The research is still in progress, and so far, the treatment has produced fair results with no adverse effects. As of now, the FDA (Food and Drug Administration) has approved TMS for treating depression. However, researchers are happy with the TMS results for tinnitus treatment and are likely to conduct more clinical trials. Hopefully, we can expect various forms of tinnitus treatment in the future (read on).

Is There Any Hope for Tinnitus Sufferers?

Yes, there is hope for tinnitus patients, as many tinnitus treatment therapies are being researched and tested, including:

How Can You Manage Tinnitus?

While safe and effective treatments are still being developed, some tinnitus management strategies have proven to be successful, which include:

Schedule an appointment with our audiologist, Dr. Chris Hoffmann, if you are looking for tinnitus therapy near you.

Dr. Chris Hoffmann is an audiologist who has been involved in hearing sciences for over 20 years. Her passion for helping people with their hearing led her to establish Hoffmann Audiology hearing clinic. Dr. Hoffmann has more than 14 years of clinical knowledge in hearing testing, hearing aid fittings, and aural rehabilitation.